⨯
TODAY IS A RELEASE DAY OF 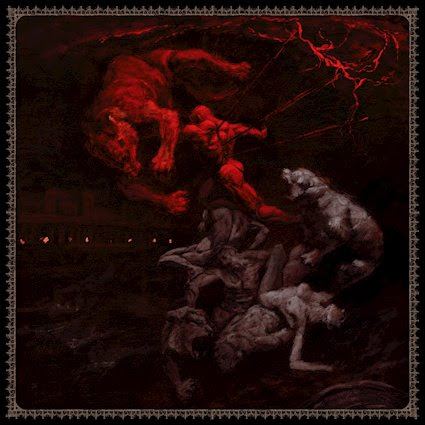 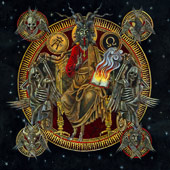 Thanks to the wonders (or is that horrors?) of globalization music is now no longer bound to topographic location and the occured barriers this brings. War metal, the bastard offspring of German thrash and early Scandinavian black metal, was once a practice singularly identified with the sun-blasted outbacks of Australia. Deiphago, hailing from the Phillipines originally but relocated to Costa Rica more recently, is the latest example in a long tradition of worship bands from other parts of the world ripping off the black/death/thrash hybrid pioneered by Angelcorpse, Bestial Warlust and Deströyer 666 – but having nothing particularly of note to add to the established formula, thus rendering their existence beyond a local scene null and void. In the hands of more conceptually stronger acts (Denouncement Pyre, Perdition Temple and Abominator, for example) this subgenre can be a true whirlwind of chaos and brutality, in the hands of the lesser skilled it becomes a tedious exercise in formless noise and directionless superficial brutality. Adherents of this style will find much to like here, but like any merely competent release once the novelty wears off there’s precious little to recommend. “Satan Alpha Omega” isn’t exactly the pinnacle of the genre, neither is it entirely bereft of merit. Deiphago and other practitioners of this form harness all the chaos, speed and brutality you expect from such a release, but there’s little identity of their own to discover upon repeated listens. As brash, chaotic and violent as Deiphago is – it isn’t enough to sustain this release and to elevate it any higher than a competent exercise in worship of the genre’s pioneers.